The events in Nepal remind us all of the sudden nature of catastrophes and how our medical skills could be pressed into service with little to no warning. Over the next 48 hours as rescuers continue to sift through the rubble, they’ll need to keep several important assumptions in mind should they encounter survivors.

Victims who are found days into a rescue effort are bound to be hypovolemic. Simple lack of access to a water source certainly plays a role in the dehydration, but it can also be due to hemorrhage and the rapid shift of extracellular fluid into damaged and crushed tissue that tends to occur when limbs are trapped underneath debris. The crush injury itself also brings its own set of problems, including hyperkalemia from the massive release of this normally intracellular ion, when large muscle groups are compressed or destroyed with its resultant cellular damage and release of its contents into the bloodstream.

Many of these victims will also be hypothermic especially if they are trapped on concrete, which tends to act as a heat sink stealing away much needed body warmth for survival. In addition, because these victims also have no access to food sources, they can be relatively hypoglycemic as well.

Rescuers who encounter survivors must also immediately consider respiratory and ocular dust impaction. Being able to provide a victim with water, “baby wipes,” and perhaps even a dust mask if appropriate, can provide an immediate sense of relief and comfort while the formal rescue and extrication is being planned. Meanwhile, the victim can be prepared for rescue by optimizing their physiologic status as much as possible by receiving IV crystalloid resuscitation, presumptive treatment of hyperkalemia and/or hypoglycemia, and correcting body temperature if at all possible.

Once rescuers are, in fact, ready to free victims trapped in the rubble, it will be critically important for them to coordinate the effort with medical personnel, particularly if the victim is thought to also have crush syndrome, so as to optimize the victim’s physiologic status prior to the “lift” of the debris. Without this coordination of care, the victim may suffer a sudden and fatal release of potassium and other cellular debris into the bloodstream when the affected limb is suddenly freed.

These basic tenets of medical care for victims trapped in a rubble pile can be applied not only to major earthquakes, but to other structural collapse scenarios as one may see after a large tornado, hurricane, or other event causing structural failure. Take the events in Nepal as an opportunity to discuss your local disaster medical plan with your agency leadership.

David K. Tan, MD, EMT-T, FAAEM, is assistant professor in the division of emergency medicine and director of Washington University EMS. His areas of interest include pre-hospital emergency care (EMS), tactical medicine, disaster medicine, EMT and paramedic education and training. He is residency-trained in Emergency Medicine and was Chief Resident in his program at Barnes-Jewish Hospital from 2000-01. Upon graduation, he joined the faculty. Dr. Tan remains very active in EMS at the local, state and national levels. 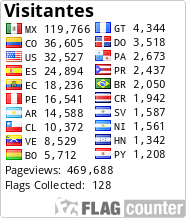